How to Backup MySQL

The Language of Modern Data Management

All of your data stored on the internet today is managed through databases. Through these databases, users can store data online. Such databases exist as a virtual storage medium, whereas a physical system exists to support them. This support on the backend is brought forward by data servers which act as this physical system.

To communicate with these databases for the purpose of accessing such a database, a medium is required. This medium helps form a bridge between the database and the user. Such as, allowing the user to convey to the database whatever data is required. The most popular medium that exists today to serve this purpose is the Structured Query Language (SQL).

In a modern database, data is held in a certain structure. This structure is used to utilize storage space as efficiently as possible. The data within these structures co-exist in the form of variables and entities.

Modern databases utilize servers to store data. MySQL is a modern database management system to manage this data. It works by communicating with the database. MySQL is thus a software environment allowing users to store and edit data. Its core functionality allows users to manipulate data stored on MySQL servers.

It might not be a stretch to consider data as a business most valuable resource today. It holds immense value, realized in the form of a financial gain or loss. This is why an organization’s data needs to be efficiently managed. Suppose any external event causes your data to be lost. In such a scenario, considerable financial damage can be done.

To stop this from happening, businesses should keep all important data backed up. Within database management, MySQL backups work in the same way. When we talk about MySQL backups, the backup file data in question is usually in large volumes. 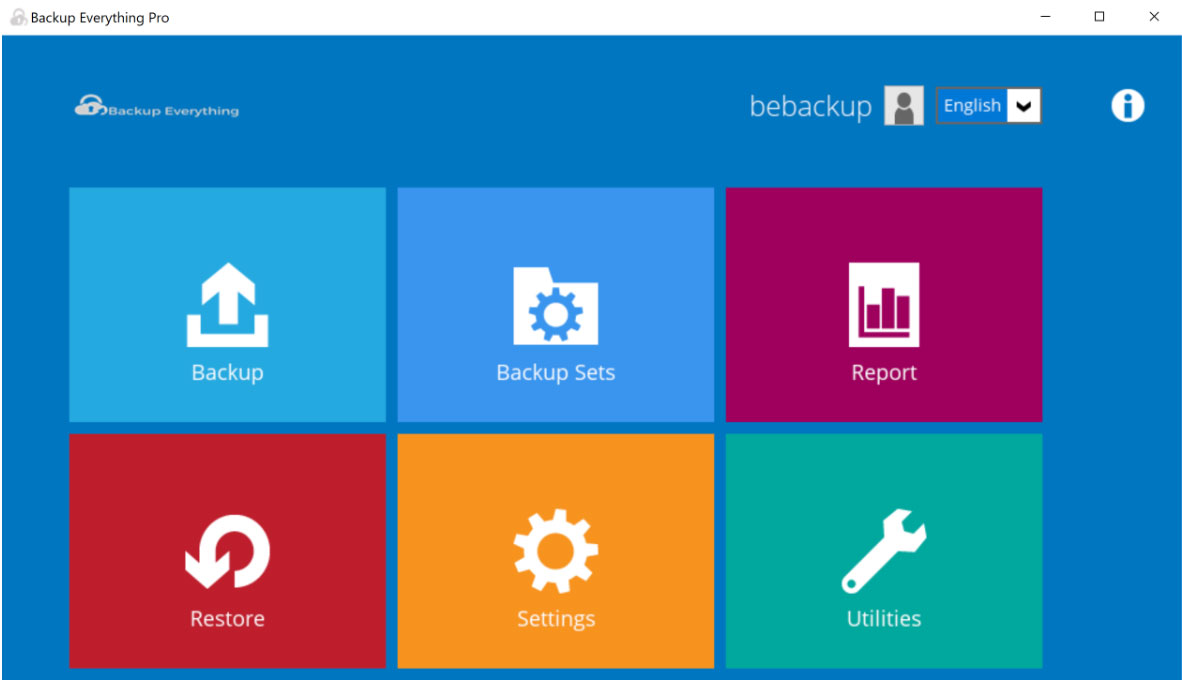 The Main Dashboard for the BE client

Stored on servers, this large volume of data requires an efficient backup process. If lost, the damage can be greater than for one single user. For businesses, this can even translate to long term damage.

To backup your MySQL database, you should first consider your personal requirements. From there, the best possible backup type can be chosen. After that, the process to make a copy of the database can start. 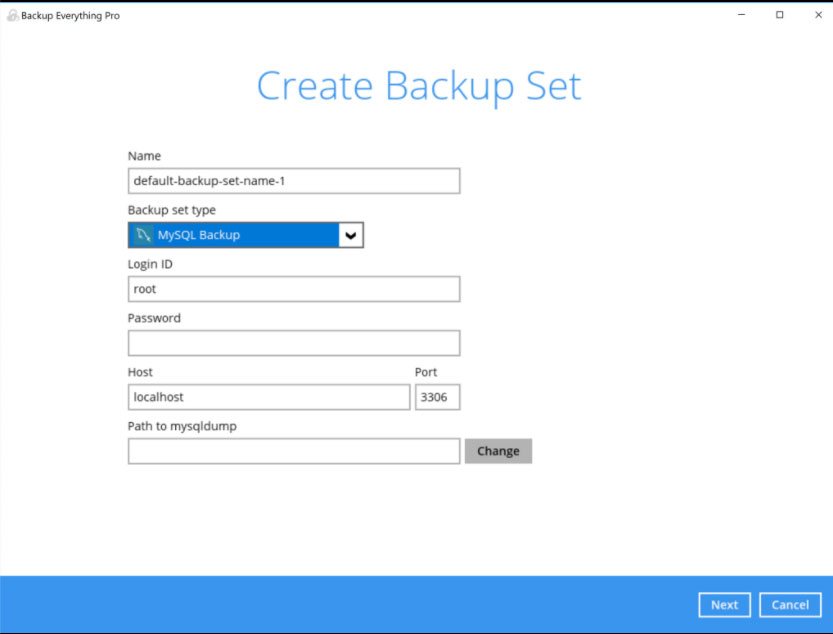 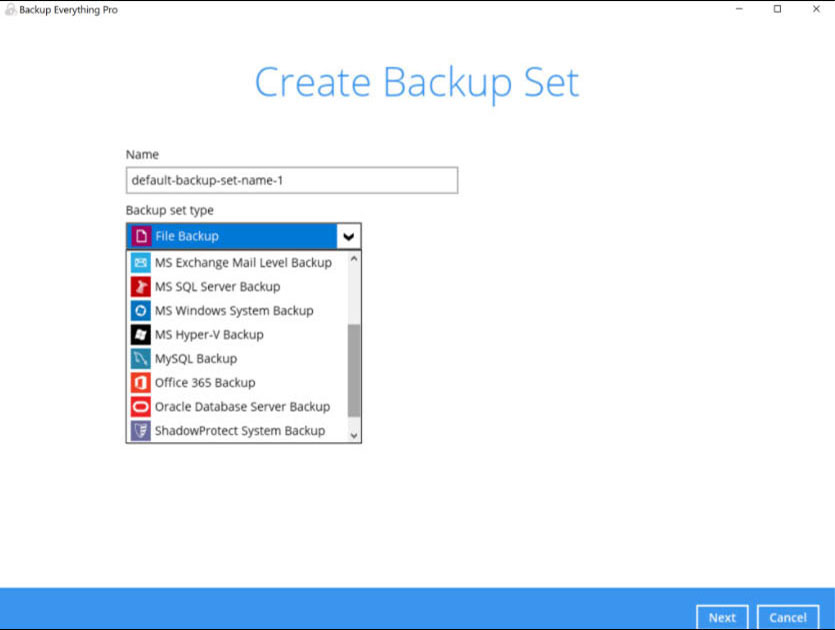 The Main Dashboard for the BE client

To restore a database, a similar procedure can be followed that is dependent on the volume of data. The backup and restore process can also be done through the system software or through the command line. Both alternatives will restore your MySQL database.

Backup and Restore your MySQL Databases

Two primary methods are present to backup your MySQL database. The phpMyAdmin tool available through the use of a browser can be used to backup data. Additionally, users can even use the MySQL command line to back up the database.

Backing up SQL databases through phpMyAdmin

phpMyAdmin pro allows users to backup data available on a database. The software is open-sourced and can be used through a browser. It’s used to manage MySQL database servers.

Users can follow the below-mentioned steps to backup through this application:

The backup process will now start. phpMyAdmin will export the entire database in the form of a text file. The text file created will contain the names of all the SQL statements used. Users will now have to wait for the backup process to finish.
Once done, your browser will ask you to choose the download destination. The entire backup will be downloaded as a text file. Make sure to save the backup file in a safe location.

The backup that now exists as a text file can be restored at any point. Once restored, phpMyAdmin will restore all of the data of the text file as the original database.

It should be kept in mind that phpMyAdmin does not allow files greater than 128 MB to be uploaded. This is where larger file sizes can become an issue. However, the configurations within PHP can be manually changed.

Backing up SQL databases through the Command Line

The second alternative that allows you to backup your MySQL server data is using SQL commands. Here, the OS communicates with the database (also known as lock tables) through the command line. This can be the use of command prompt for Windows or a similar terminal for Linux.

The primary command used to backup through this process is ‘mysqldump’. Similar to the use of phpMyAdmin, the contents of the database are copied to a text file. Before starting the process, make sure the MySQL server is actually running.

Follow the below-mentioned steps to start the backup process:

What actually is mysql dump?

In its essence, the ‘mysqldump’ utility allows users to backup databases to any external resource. While the command was used to copy a single database, as shown above, it is capable of much more than that.

The mysqldump utility allows a wide range of backup options. It even allows users to backup a database from a server located on the other side of the world. The command in its essence does not actually back up data. The core function of the command recreates the contents of an old database into a new database.

The command shown above was used for a simple backup and restore on the command line. But it also allows for a range of custom options for backups. To understand, let’s break it down:

The ‘—user’ indicates the account username through which the database will be accessed. The user will have to know the username for the backup to start. A list of usernames is stored in a table within the MySQL database. You can view the entire list, along with the permissions they hold by writing the following command:

The ‘database name’ field indicates where the backed-up contents are placed. The ‘dump file’ is the destination where the database contents (or dump files) will be placed.

The ‘>’ symbol in MySQL language indicates the output stream. It is a kind of arrow that indicates the direction of the data stream. In the above command, it shows that the data flows from the ‘database name’ towards the ‘dump file’.

Here’s a method to backup more than one databases at once using mysqldump command:

Here’s a method to compress the data that will be backed up into a compressed file on Linux:

Here’s a method to copy the contents of an entire MySQL running server to another with a single command:

Similarly, a number of other commands also exist to facilitate users through the ‘mysql’ utility. In contrast to the use of phpMyAdmin, this allows for more customizability in backups.

The procedures showed above help users manually back up their databases. But, relying on manual work to ensure routine backups can be a hassle. This is why automated backups should be kept in mind when considering backing up important data.

In MySQL, a number of methods also exist to help create an automated backup process. Since the data stored on servers is of large volumes, automated routine backups help prevent data loss. The simplest command used in MySQL to automate backups is ‘AutoMySQLBACKUP’.

The ‘AutoMySQLBACKUP’ utility can help backup one more databases. It can even help backup an entire server. A number of other methods also exist to facilitate users with automated backups. The process can be further looked upon and should be kept in mind to make the backup process more efficient.